Just a short post with some great photos of our recent Solar Outreach day at the Walks Park in Kings Lynn a couple of weeks back. This was at the annual Lions Fun day, we had great fun showing the general public the delights of Astronomy and most prominently Solar Astronomy. It was a beautifully sunny day which allowed the best views of the Sun I’ve seen all year. We fully intend to go back next year, and will let you all know once next years date is organised. 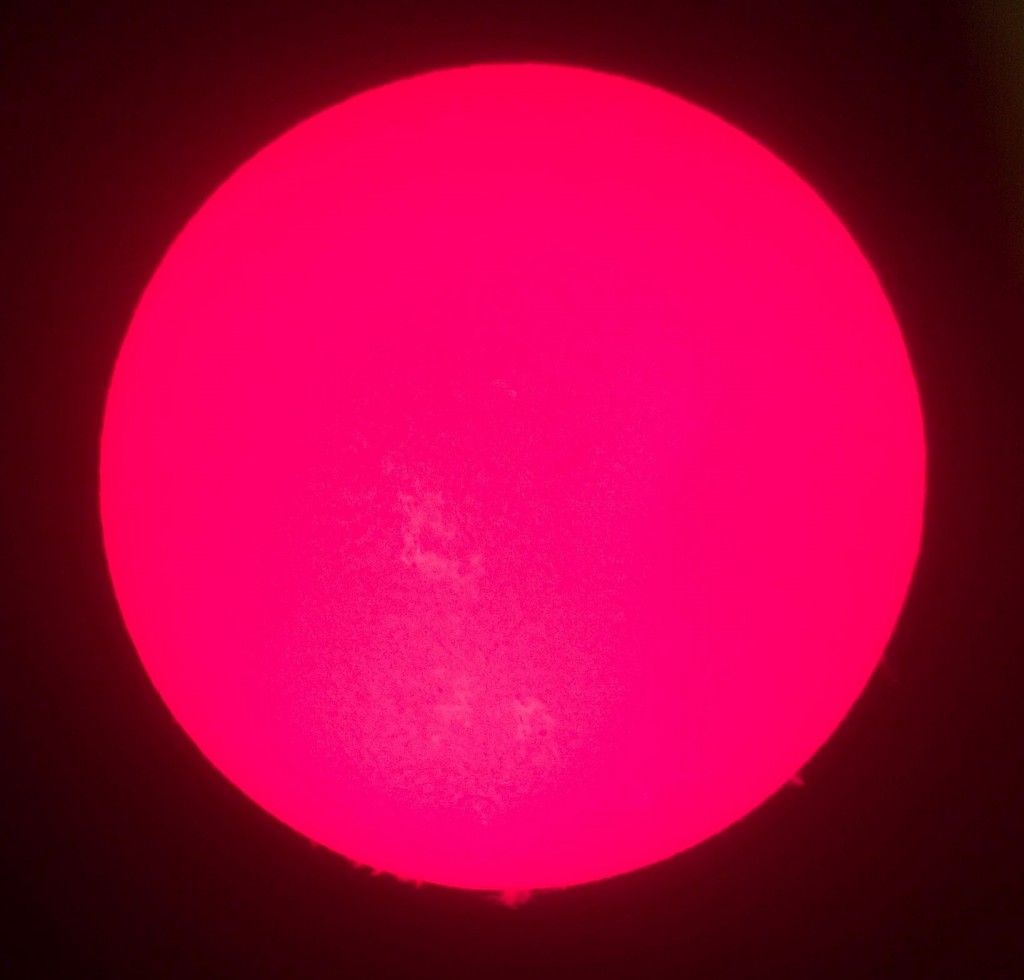 iPhone shot of the Sun through a Coronado PST Solar Scope. Image by: Andy Milner

I just wanted to thank Shouldham Primary School for last Saturday 18th April , your staff, your pupils and the Friends of School for making us so welcome yesterday. You are to complemented on the enthusiasm and depth of knowledge of your pupils.

We hope that our visit made the day even more enjoyable. We certainly enjoyed every minute of our time spent with you and your school.

Finally, I hope you get many hours of enjoyment out of the telescopes you purchased and that it will inspire pupils and staff to take a greater interest in the Cosmos.

At the beginning of each month we will post links to some popular guides to help you plan and decide what to view or image.

Awesome Astronomy prepare a short Audio guide and this months guide is focused on Galaxies. As the constellations Virgo and Leo are nicely placed there is a plethora of galaxies to choose from…
Check out their guide here: http://www.awesomeastronomy.com/

Paul Money posts his guide each month and you can find his here:
http://www.astrospace.co.uk/Astrospace/monthly-sky/monthlynightsky.html

For Binocular users http://binocularsky.com/ will soon publish his guide for April so head over to this website, click on Newsletter then click on Current issue. As of 31st March the newsletter is still the March edition, please visit this on the 1st or near after for an updated April edition. Steve Tonkin does a great job of providing some tips and targets to view with your binoculars. Its worth looking around his website for tips too on buying a new pair of bins for astronomy use.

Please find a skychart I have made for April for our location dated April 15th at midnight. I have prepared this in black and white for easy printing. 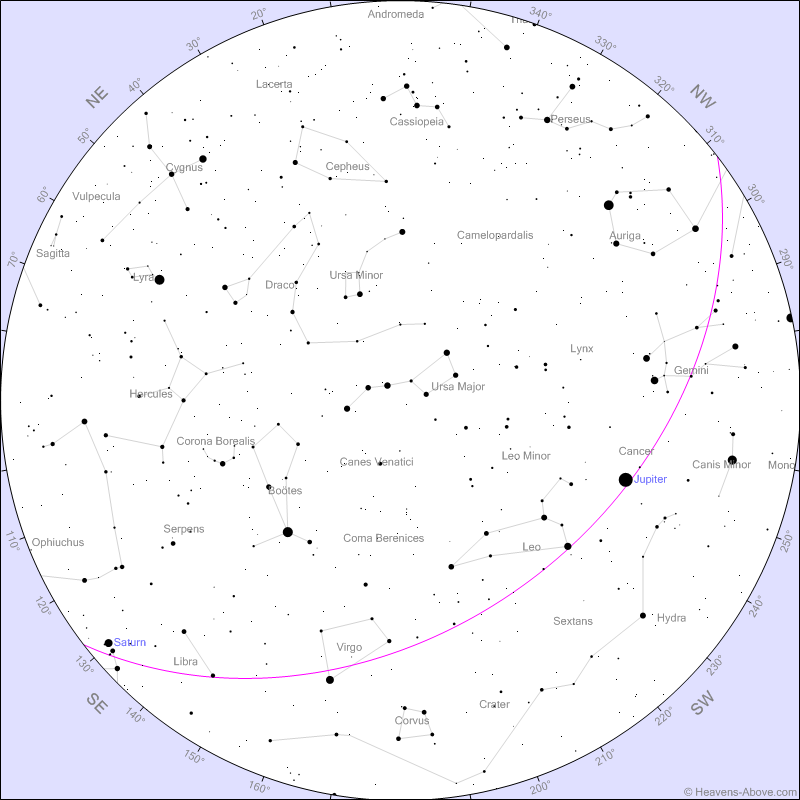 Well all that remains is for me to say Happy Easter and Clear Skies! 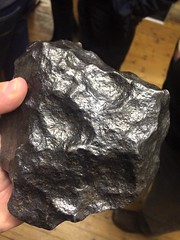 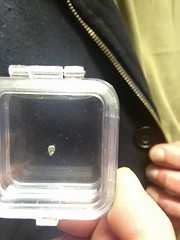 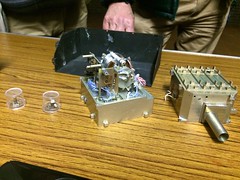 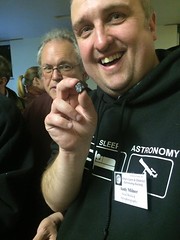 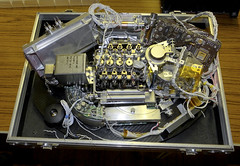 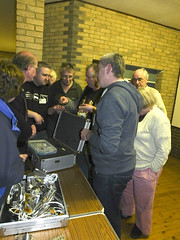 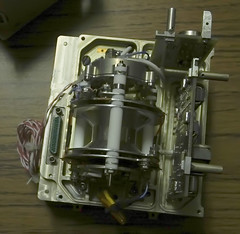 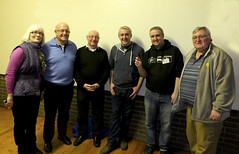 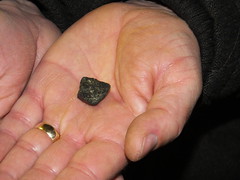 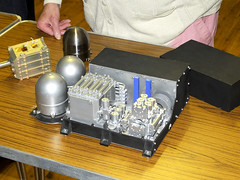 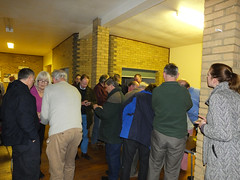 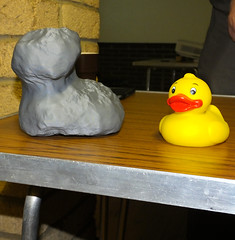 Landing on a Comet – from planning to reality

Dr Simon Sheridan – Research European Space Agency, Associate Lecturer of Open University in Planetary sciences.  Working on the Rosetta project, in particular the Ptolemy lander will give an interesting talk about the mission and an insight in to what is happening next.

He has promised to bring a selection of items from previous missions i.e. Mars Lander, Titan Probe, Meteorites etc. 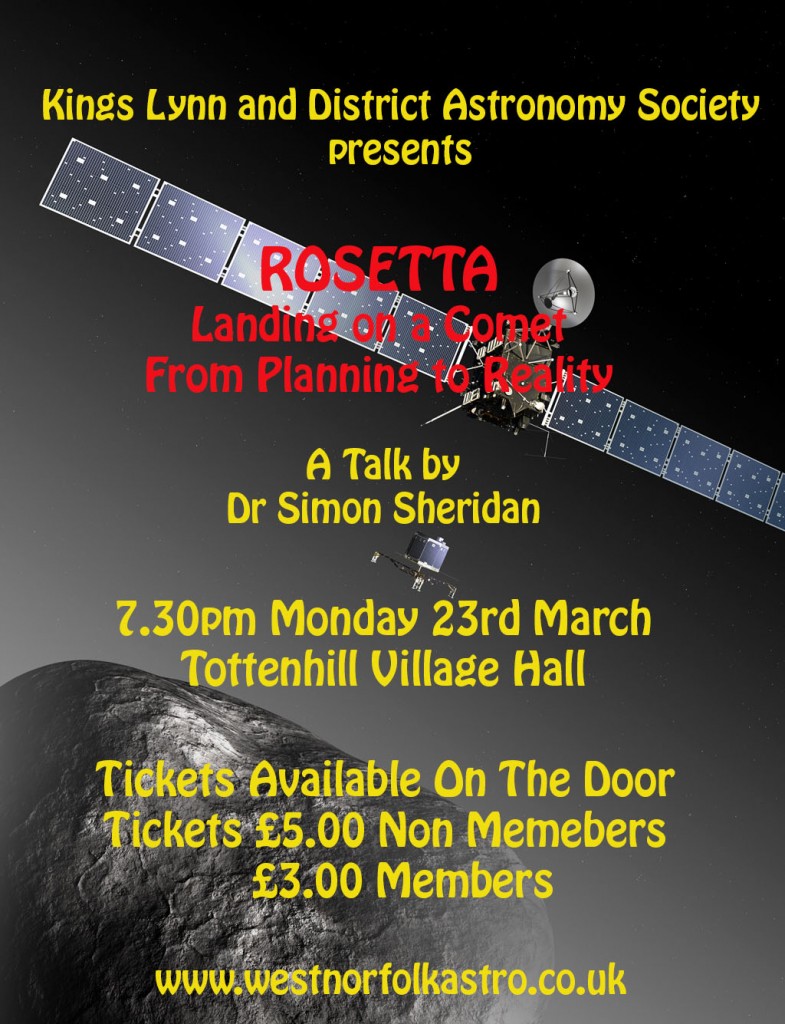 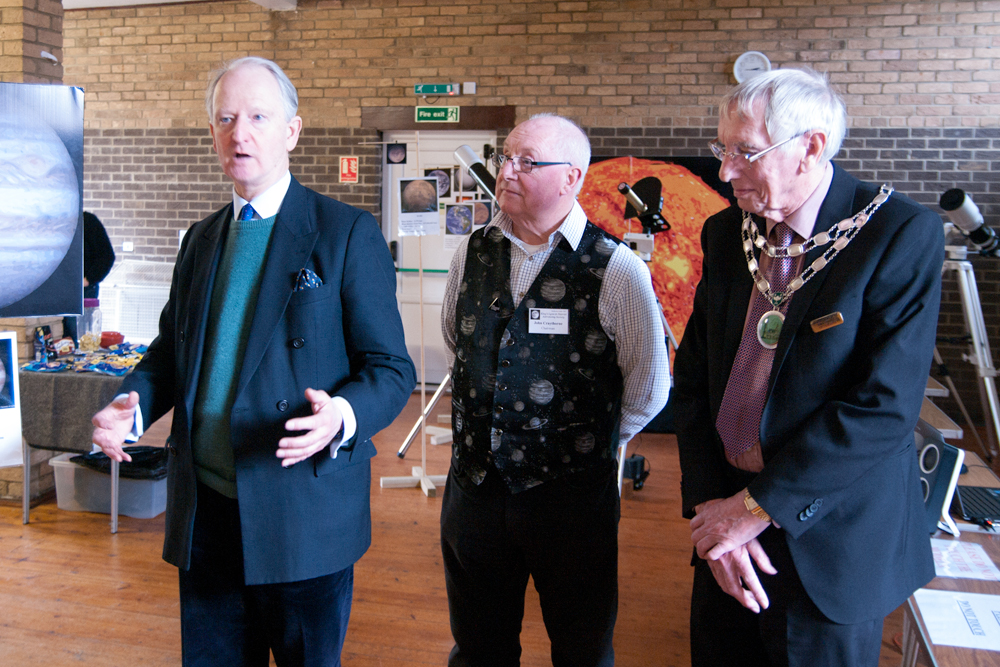 Astronomers have spent decades debating whether some dark trans-Plutonian planet remains to be discovered within the Solar System. According to the calculations of scientists at the Complutense University of Madrid (UCM, Spain) and the University of Cambridge (United Kingdom) not only one, but at least two planets must exist to explain the orbital behaviour of extreme trans-Neptunian objects (ETNO).

Comet Lovejoy, glowing at 4th magnitude, is now in its best two weeks. It’s nicely placed high in the early-evening sky for your binoculars or low-power, wide-field telescope. It may be dimly visible to the unaided eye under excellent dark-sky conditions — if you know exactly where to look!

Comet Lovejoy, C/2014 Q2, is now having its best two weeks for skywatchers. It’s 4th magnitude, about as bright as it’s predicted to get. Use the finder charts at the bottom of this page to find its location among the stars. Although 4th magnitude would technically make it a naked-eye object, its diffuse fuzziness means that most viewers, who live under light pollution, will probably still need binoculars.

We are pleased to advise that following government guidelines we have resumed our normal meetings at ... END_OF_DOCUMENT_TOKEN_TO_BE_REPLACED

Last Summer we were asked if we could assist with the launch of a GCSE Astronomy Course at ... END_OF_DOCUMENT_TOKEN_TO_BE_REPLACED

Well our Stargazing Live event got off to a good start as we played host to Radio Norfolk’s Treasure ... END_OF_DOCUMENT_TOKEN_TO_BE_REPLACED